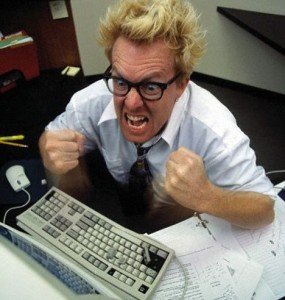 Maybe not the most astounding news you’ll ever hear today (especially if you’re an office worker yourself), but the British Psychological Society has come to the conclusion that office workers sit too much, and suffer negative psychological effects because of it.

Surveyors selected 1000 office workers and found that they spend an average of about six hours a day at their desk, working. Besides the well known negative physical effects of sitting too long,  they found that mental well-being decreased as sitting increased (which of course could also be tied to the fact that they aren’t exercising).

This entry was posted in Medical Info. Bookmark the permalink.